Newsworthy events for the new year:  General Motors may be shifting its focus away from the Chevrolet Volt and other plug-in hybrids and onto battery electric 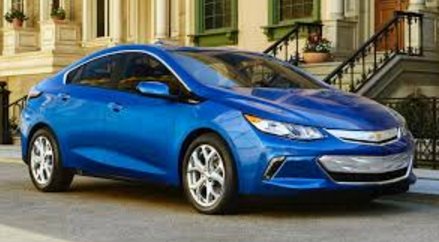 vehicles like the Chevrolet Bolt. The company is reportedly looking at ending production of the Volt in 2022, according to a report by AutoForecast Solutions. Sluggish sales of the Volt, and improvements made to battery packs in range and cost, are influencing GM management to phase of out of plug-in hybrids. By now, GM had been expected to launch spin-offs based on the Volt drivetrain, but the business plan has instead shifted over to rolling out two more all-electric vehicles over the next 10 months. At least 20 all-electric or fuel-cell models are due to come out by 2023………..  The health impact on humans from air pollution has been researched in a Journal of the American Medical Association (JAMA) study, finding it contributes to more than 20,000 fatalities a year in the U.S. The study used Medicare files and air pollution data looking at fatalities between 2000 and 2012; the study found that day-to-day increases in air pollution, even at levels that had been considered acceptable, have devastating consequences. Those impacted had lived in areas with greater exposure to fine particulate matter (PM 2.5), which are small particles of soot that easily enter the lungs and bloodstream…………  China has seen the impact of a rapidly growing vehicle population in recent years, with heavy air pollution setting off hazard warnings in cities like Beijing. The government is adding another measure to fight off air pollution by ending sales of 553 vehicle models that don’t meet fuel-consumption standards. Beginning January 1, production has been halted of the 553 models, according to Bloomberg News. That list includes models made by Audi, Beijing Benz, and Chevrolet………….  Tesla will be adding electric pickup trucks to its lineup, according to CEO Elon Musk. That will happen after the Model Y electric crossover is launched, he said. It will be the size of a Ford F-150. “I promise that we will make a pickup right after Model Y. Have had the core design/engineering elements in my mind for almost 5 years. Am dying to build it,” Musk tweeted last week Tuesday…………  North Korea will see its oil supply reduced through a United Nations-imposed sanction in response to the country’s nuclear weapon testing program. South Korean authorities last week seized a second ship that was suspected of supplying oil to North Korea in violation of the international sanctions, officials told BBC. The oil tanker, with its Panama flag, is being held at a port town near the western city of Pyeongtaek. South Korea had already impounded a Hong Kong-registered ship that was suspected of delivering 600 tons of refined oil to a North Korean vessel.

revised strategy being tried out at auto shows is having on car shopping. Events such as the LA Auto Show have been less about the wonders of far-out advanced technology, and more about bringing to life the innovations found in today’s vehicles. Learning more about the new vehicles and their capabilities goes far beyond those visiting the showrooms, with millions of consumers gaining digital access to the car shows online. Cars are coming equipped with interactive systems like Apple’s Siri and Amazon’s Alexa that allow for verbal commands and touch screens simplifying the process — and getting car owners to see new possibilities coming through the technology. Connected car systems are expected to be the gateway to fully autonomous vehicles coming to roads over the next decade. Today, drivers can tap into mobility functions to manage charging their electric vehicle through voice commands, and to find out about available public charging spots.