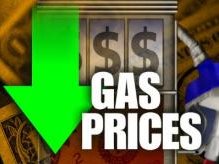 As oil barrel and gas pump prices stay down, adopting and enforcing environmental policies and gaining support for alternatives like electric, hydrogen and advanced biofuels are seeing higher hurdles to cross over. Here’s a look at what effect it may have in Washington – along with forecasts from Navigant Research on where electric vehicle sales are likely to be heading……….