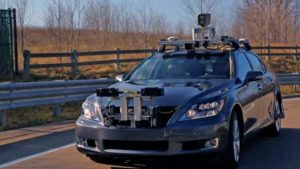 The California Department of Motor Vehicle’s proposal, released Wednesday, raised the bar on what’s considered to be the fundamental question for autonomous vehicles: Will we trust the machine or the human?

The California DMV’s proposal, which will receive public comments before being finalized, states that all autonomous vehicles would need a steering wheel and pedals when operating on California’s public roads. A licensed driver with an autonomous vehicle operator certificate would have to be in the car behind the wheel, capable of taking control to avoid a collision. Safety of the autonomous vehicles and the public who share the roads with these vehicles is the primary concern, DMV said.

Google Inc., which has been testing self-driving cars in California since 2009, released a statement opposing the DMV rule. “This maintains the same old status quo and falls short on allowing this technology to reach its full potential, while excluding those who need to get around but cannot drive….We can do better,” Chris Urmson, the director of the Google self-driving project since its inception, said in a statement.

Deciding if the self-driving car or its occupant is legally responsible for collisions has been at the center of debates over how to regulate driverless cars. Here’s an overview of the debate on whether the California DMV or Google philosophy will eventually win out: