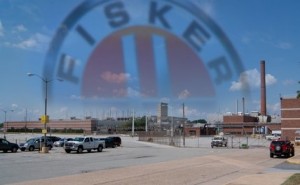 Settlement of the Fisker Automotive bankruptcy and bidding for new ownership continues to be dragged out – but the Delaware plant may survive. Hybrid Technology, led by billionaire Richard Li, has put in $55 million for Fisker’s assets. Hybrid’s bid had been rejected days ago by bankruptcy court judge Kevin Gross. Hybrid is offering $30 million in cash and is willing to cancel $25 million in debt that Fisker owed the Chinese company. Hybrid also is offering $5.5 million to unsecured creditors if they would agree to back Hybrid Technology instead of its rival, Wanxiang Group.

Hybrid Technology has also changed its tune on what will happen with the Boxwood Road plant near Newport, Del. Hybrid changed course after gleaning that many people in the court building were very upset about the shutdown of the factory. Hybrid is now willing to use the shuttered plant if market conditions demand it. On Friday, bankruptcy judge Gross said he would put Fisker’s assets up for auction to try to maximize the automaker’s market value. Wanxiang had told the judge that if it can acquire Fisker at auction and cultivate a market for the cars, they would have them made at the Boxwood Road plant. Wanxiang had been non-supportive of the Delaware plant before that court day, as well.

And in other clean transportation news…..