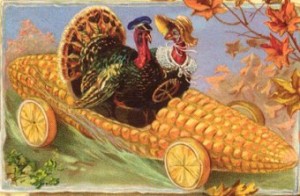 As you break for a long holiday weekend, here are a few happenings to read about…..

Things seem to be wrapping up for Fisker Automotive. Hybrid Technology Holdings, a Hong Kong-based investor group led by billionaire Richard Li, is buying the company’s assets for $25 million. That means the US Dept. of Energy will be losing about $139 on Fisker; the DOE will be overall be recovering about $53 million from its original $192 million disbursement.

Tesla Motors has lost it marketing leader – George Blankenship, who played a key role in setting up Apple’s retail stores and brought much of it over to Tesla, left the electric carmaker last month. As everyone knows by now, it’s a sensitive time for Tesla as NHTSA has decided to recall most of the Model S units for investigation and Tesla is working on overdrive to expand stores in North America, Europe, and Asia. Blankenship has been vague on his Linkedin page about why he’s leaving; he’s now 60 and is officially taking on the role of “Director of Smiles for the Blankenship Family.”

But there is some good news for Tesla. The automaker won a near-perfect score for its Model S, as it displaced the Chevy Volt at the top of Consumer Report’s annual vehicle owner satisfaction survey. It’s the best score the magazine has seen in years – 99 out of 100 points.

The Nissan Leaf is paying off for the automaker, according to Jose Munoz, Nissan’s senior VP of sales and marketing for the Americas. The Leaf is not the top reason customers are referred to the Nissan brand, he said, and the vehicle is now profitable.

Green Truck Summit is getting some ink – it will be March 4-5 in conjunction with The Work Truck Show 2014 in Indianapolis. It will offer attendees more than 20 educational sessions and a chassis OEM forum moderated by Indianapolis Mayor Gregory Ballard.

Luxury SUV buyers and non-luxury car shoppers are most likely to consider buying alternative fuel vehicles including EVs, hybrids, hydrogen-power, or CNG-powered vehicles. That comes from a Phoenix Marketing International study. About 50% of the survey respondents were neutral to alternative fuel vehicles, while the two aforementioned categories have the highest percentages of “very” or “extremely” to purchase an alt-fuel vehicle.

UPS was among the award winners at the NGV Achievement Award. United Parcel Service and Mike Scarpino, regional manager for DOE Clean Cities Coalition, were among the recipients of 2013 NGV Achievement Award held Nov. 20 in Atlanta. UPS was recognized for 25 years of exemplary NGV industry leadership. Eleven recipients were recognized during the gala and reception dinner at NGV America’s 2013 North American NGV Conference and Expo. Richard Kolodziej, president of NGVAmerica, was given a lifetime achievement award.

The cap and trade market is getting some play in California. California companies paid about $297 million for carbon allowances on the state’s carbon auction. On Nov. 19, California’s fifth auction took place, where companies such as Exxon Mobil and Dow Chemical paid $11.48 per allowance to release one metric ton of carbon as early as this year. That was a lower price than a previous sale in August, when it sold for $12.22 per metric ton. All together, the five auction events have raised $1.4 billion.

For those interested in real-time traffic data being readily available….. INRIX, Inc. introduced INRIX XD™ Incidents, which correlates real-time traffic flow data with information from nearly 400 public and private sources including media partners, departments of transportation, emergency responders, and community reports via mobile, and in-vehicle applications, as well as social networks like Twitter. The service offer traffic intelligence that reports more accidents, road closures, and other incidents across significantly more roads in more countries and at much greater speed than ever before.