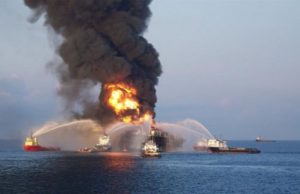 Volkswagen has added another law firm to it defense strategy – Kirkland & Ellis, which represented BP in the Deepwater Horizon oil spill law suits and settlements. Yesterday, I spoke with an attorney who represented corporations, small business owners, and local governments in a class action lawsuit for parties that experienced economic losses and environmental disasters associated with the oil spill. Thomas Young, who heads a law firm based in Tampa, Fla., is now working with other attorneys to file a class-action lawsuit representing dealers, fleets, and other entities affected by the economic impact of VW’s diesel car emissions reporting scandal.

The recall, which won’t go into effect immediately and is awaiting detailed guidelines from the U.S. Environmental Protection Agency (EPA), affects 482,000 cars in the U.S., could eventually cost the company about $18 billion to repair, and could include a $37,500 fine per vehicle given to VW. Affected diesel models include the 2009-15 Volkswagen Jetta, 2009-15 Beetle, 2009-15 Golf, 2014-15 Passat, and 2009-15 Audi A3. VW is expected to negotiate a per car fine with EPA at a lower cost than the $37,500 maximum, but the lawsuits will be staggering. According to Young, over 300 lawsuits have been filed across the country with most all of them class actions and 99% filed on behalf of consumers. Young is organizing a class-action suit representing businesses that will be hard hit by the declining used car values and other costs associated with the crisis.

With a widely publicized crisis like this one, it’s typical to see lawyers all over the country filing lawsuits and eventually consolidating down to a much smaller number of suits – perhaps one federal lawsuit representing all injured parties. The U.S. Judicial Panel on Multi-District Litigation (JPML) will meet on Dec. 3, 2015 in New Orleans to hear arguments on where to consolidate the 300-plus lawsuits; that decision should be announced in January 2016. Early front runners for the class-action suit are federal courts in New Jersey, Virginia, or California, Young said.

For the BP oil spill, the impact for the oil company was as much about it reputation and image in the world as it was about the environmental and economic damage, Young said. With the Deepwater Horizon spill, the amount of oil that washed up onshore was less than the public’s perception of how much oil was spilled and the environmental damages. The economic impact was felt by local communities with about $20 billion in estimated losses from dramatically declining tourism business in the Southeast U.S. Young estimates that BP paid out about $60 billion in cleanups and lawsuit settlements.

Young and other attorneys are carefully watching how VW responds to the crisis, what the EPA will issue in its recall guidelines, and how dealers and other businesses will be impacted. The lawsuits being filed are also gaining their attention and analysis – including Harris County, Texas, filing a multimillion dollar lawsuit this week stating that VW contributed to the region’s poor air quality in the Houston metro area. Independent auto dealers have filed suit against VW in a California federal court on behalf of independent dealers for losses they say they will incur as more information on the scandal is released. A pension fund in Michigan has filed the first investor lawsuit against Volkswagen over its drastic stock drop in the aftermath of its emissions scandal.

Owners of VW diesel vehicles are furious about software that falsifies emissions; they’re waiting to hear how and when the company will fix their cars and what sort of compensation they’ll receive for being lied to since 2009. VW shareholders are paying close attention, as well. Elected officials and regulators in the U.S. and Europe are scheduling public hearings. VW’s top U.S. executive has been summoned to Washington, where he will testify before a congressional oversight panel on October 8.

VW appears to be attempting to keep investigation of this scandal in-house, taking care of it on its own. The automaker is facing growing concern that it may need to revise its corporate culture and allow for more outside supervision; as General Motors did with the ignition-switch defect vehicle recall.

On Thursday, VW’s board of directors announced that Hans-Dieter Pötsch, VW’s chief financial officer since 2003, would become chairman in the near future, filling the spot vacated by patriarch Ferdinand Piëch, who resigned in April. Deciding to nominate a long-serving executive as chairman has once more highlighted the carmaker’s corporate governance and culture. Some auto industry analysts argue this was the root cause of the diesel-emissions scandal. “There have been warnings about VW’s corporate governance for years, but they didn’t take it to heart and now you see the result,” said Alexander Juschus, director at IVOX, the German proxy adviser.

Young is reaching out to dealers, fleets, financial institutions, and other parties economically impacted by the VW diesel crisis. He hasn’t heard of a VW dealer filing suit yet, but he thinks that will happen and that a federal judge will include all VW and Audi dealers in a class-action suit. The legal issues are accountability for accurate emissions reporting, environmental impact, and the huge losses businesses will be feeling from vehicle valuation declines and lost sales that are likely to come from the crisis. Toyota and GM have recovered from huge vehicle recalls, but there will be much weighing on EPA and VW on how the recall is structured and carried out into next year.