VW moving beyond Dieselgate toward EVs:  Volkswagen AG is still climbing hurdles to recover from its Dieselgate scandal and to take a leading role in being Tesla-competitive on the electric vehicle front. Former VW CEO Martin Winterkorn was charged in federal court in Detroit with conspiring to mislead 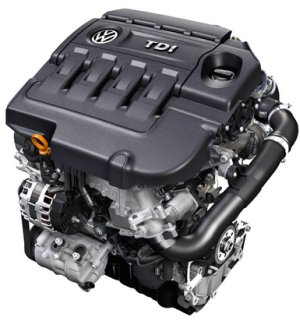 regulators on diesel emissions cheating. VW CEO Herbert Diess has been granted safe passage in the U.S. and advance notice if prosecutors seek to charge him, sources told Bloomberg. Last week, Diess told investors during the company’s annual shareholder meeting in Berlin that VW has awarded 40 billion euros ($48 billion) in contracts to battery producers, double the amount that had previously been in place. VW will be spending on EV batteries an amount that nearly matches Tesla’s entire market value. The automaker plans to sell up to three million all electric cars per year by 2025, Diess said.

VW’s Electrify America subsidiary was a topic of much interest during the ACT Expo in Long Beach, Calif. A map was added to its website last week showing where its projects stand to install or start construction of more than 2,000 chargers across the U.S. by the end of 2019.

NGVAmerica is offering a resource center that shows where VW stands on spending $2 billion on national zero emission vehicle investments and $2.9 billion through the Environmental Mitigation Trust, which states and territories may use to invest in transportation projects that will reduce NOx emissions.

Saving the fuel economy and emissions rules:  While auto executives had pushed hard for the second phase of the federal fuel economy and emissions standards to be extended to the original timeline, they hadn’t been advocating gutting the rules. Automakers will be visiting the White House this Friday to save the national fuel economy and emissions standards close to what they’d originally agreed to with the Obama administration. A leaded draft proposal by federal agencies, the Trump administration plans to keep standards for 2020 model years vehicles in place at about 37 mpg through the 2026 model year, much lower than the 46.8 mpg fleet wide average in the current standard. It would be more than what the automakers had bargained for when requesting a revision of the 2022-25 targets; they’d asked that it be more gradual and flexible, not that it be gutted by the federal government.

ACT Expo panel on urban mobility:  “Clearing the last mile hurdle,” is viable and starting to happen in increasingly crowded and polluted cities, according
to panelists last week at ACT Expo in Long Beach, Calif. Electric trucks, autonomous vehicles, and bicycles will play their part. Here were a few of the points they made:

Panelists also had some insights to share during the Q&A portion: