Chancellor Merkel may ban fossil-fuel vehicles:  Germany will have to follow the lead of France and Great Britain in banning diesel vehicles, said Chancellor Angela Merkel 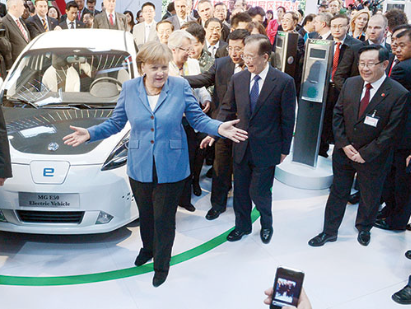 during media interviews this week; and that will likely apply to gasoline-powered vehicles as well. Merkel wouldn’t name the exact year, but said that the UK And France’s plans to ban the sale of new vehicles with internal combustion engines starting in 2040 “were the right approach.” The pressure is on Merkel and auto industry executives as the Sept. 24 election approaches. Merkel is seeking her fourth term in the office, and has been called upon to make sure auto executives respond ethically to the vehicle emissions scandal. In a YouTube interview, she called on local government officials to meet with her on September 4 to discuss toxic emissions.

Shared mobility is stepping stone to AVs:  The current hype about autonomous vehicle is accompanied by a surge of interest from shared mobility operators. Ride-hailing companies such as Uber, Lyft, and Didi are investing heavily into autonomous vehicle technology. Earlier this year, Uber announced its partnership with Daimler to bring self-driving technology to the market. Didi has opened up an artificial intelligence lab in Silicon Valley. Lyft’s collaboration with investor General Motors will include self-driving Chevy Bolt test runs,. This month, Lyft announced an investment coming in from Jaguar Landrover to bring autonomous connected vehicles on the road. And read all about the upcoming Meeting of the Minds conference, being held October 23-25 in Cleveland.

Natural gas isn’t going away:  A Bloomberg analysis piece points to natural gas vehicles having failed in a race won by cheap gasoline prices and growth in electric vehicle sales. While oil and gas industry leader T. Boone Pickens was citied as championing the 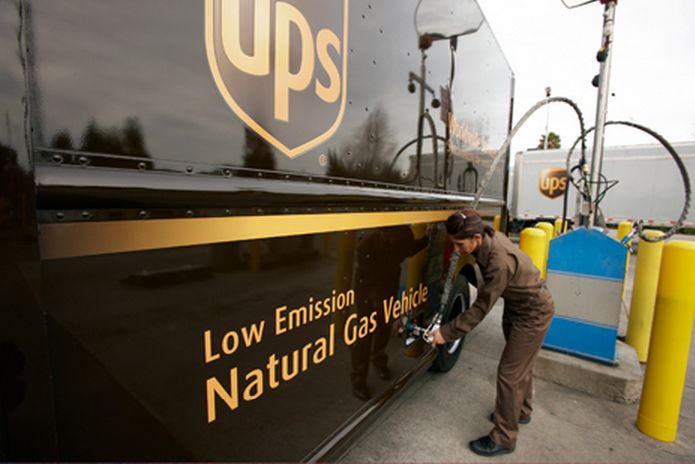 alternative fuel since about 2008, the results haven’t gone in that direction. The article cites cheap gasoline prices and growth in EV sales, including orders being placed on the Tesla Model 3, as evidence for its argument. While the natural gas-powered Honda Civic was taken off the market a few years ago, NGVs continue to play an important role for fleets converting over to clean fuel options. Transit and city fleets are bringing them in with a few major corporate fleets like UPS, Ryder System, and AT&T, continuing to acquire them and install more CNG fueling stations. Ford and GM continue to add the CNG option to their pickup trucks and van offerings. Renewable natural gas is also supporting the clean fuel and its infrastructure, as more fleets start using RNG. Liquefied natural gas is also playing a role in adoption of the fuel in various transport sectors.