Tesla seeing impact of a difficult year:  Tesla Inc. has been seeing some of its support wane from investors and shareholders as the company hits a rough

period of increasing challenges. On April 2, the stock took a dive and hit a one-year low at $244.59. It’s gone back up to around $303 today, but that’s much lower than the 52-week high of $389.61. There’s also been a few critical analysis reports coming out, which have been pervasive in the Seeking Alpha commentaries lately. The challenges are coming from Tesla missing the mark on Model 3 production, a fatal crash in a Model X involving the Autopilot system, the trade war with China that’s likely to hurt Tesla, and tensions with workers played out in a labor complaint filed by the National Labor Relations Board. Investors want to see the electric carmaker reach a steady production level on the Model 3 and avoid raising additional capital and debt this year. ”Tolerance for the brand’s history of missed numbers is likely at an end,” said Karl Brauer, executive publisher at Kelley Blue Book and Autotrader.

Hyundai and Kia wireless charging project:  Hyundai-Kia America Technical Center, Inc. (HATCI) and Mojo Mobility, Inc., have completed a three-year project to develop a fast-charging wireless power transfer system on a test fleet of five Kia Soul EVs. The project was in collaboration with the U.S. Department of Energy’s Office of Energy Efficiency and Renewable Energy. HATCI and Mojo, a wireless technology company, worked together to develop a compact wireless charging system that is capable of transferring more than 10 kW to the vehicle for fast charging while targeting an 85% grid-to-vehicle efficiency. The project also studied durability, safety, and performance. Wireless charging takes place through an electromagnetic field to transfer energy between two coils — a transmitter on the ground and a receiver on the bottom of the vehicle. The driver simply parks the car above the transmitter to begin charging and then energy is sent through an inductive coupling to an electrical device, which uses that energy to charge the electric vehicles’ battery.

NADA and INRIX studies on car ownership and driving:  U.S. consumers aren’t ready to sell off their personal vehicles and get all their mobility needs met through autonomous vehicles, or through ride-hailing or car-sharing services, according to a National Automobile Dealers Association (NADA) study. The study tapped into consumer focus groups and a national survey on the future of personal transportation. Only 11% of respondents were interested in 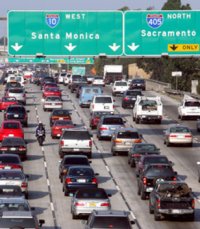 giving up their personal vehicles to switch over entirely to other modes of transportation — and that crossed over all the demographics of age, geographic region, education, and income levels. Only 6.5% of them found car ownership to be a hassle. The survey found that ride-hailing services provide some great benefits — especially in urban areas and in places where parking is an inconvenience.

Connected car data firm INRIX just released a study showing that there are some differences in attitudes of consumers doing a lot of city driving and those living outside in more residential areas. The findings of its first Cost of Driving study were released yesterday, which calculated vehicle ownership costs for 30 major cities in the U.S., U.K., and Germany. The study found that traffic- and parking-related costs made up nearly half of the total cost of car ownership in the U.S. Last year, the average U.S. driver faced the highest total driving cost of $10,288, which was 55% more than the average U.K. driver and 14% more than the average German driver. The costs faced by U.S. drivers includes direct (maintenance, fuel, insurance, and parking and toll fees) and indirect/hidden (wasted time and carbon, parking fines and overpayments). Traffic- and parking-related costs made up nearly half (45%) of the total cost of ownership in the U.S. — making mobility services like Uber and Lyft more appealing. The INRIX study indicates that for consumers living in cities, it’s likely there will be less vehicle ownership and more use of alternative mobility options.

The long-term changeover from personal vehicles to more use of alternative transportation modes — ride-hailing and car-sharing services, carpooling and vanpooling, public transportation in buses and trains, electric scooters, bicycling, and walking — will likely take several more decades to see any real impact on auto sales and the number of vehicles on roads and city streets.

The NADA study made reference to Uber, Lyft, Zipcar and Didi Chuzing (China’s largest ride-hailing service) in February signing a statement of principles supporting a mandate that all autonomous vehicle in urban areas be part of shared fleets — not personally owned. That appears to be the most likely scenario to how automated mobility will grow in the U.S. and other countries — through partnerships between mobility services, technology giants, and automakers that have government backing. It will all take several more years of testing to overcome concerns about driver, passenger, and pedestrian safety.