Mahindra investing more in EVs:  India’s electric vehicle market is seeing more support coming from Mahindra & Mahindra, which just announced a $600 million investment in the technology. Electric versions of its current crossover SUVs will be scheduled in the

near future. Mahindra had just lost a bid for a 10,000 EV contract with the government’s Energy Efficiency Services Limited agency to its main Indian competitor, Tata Motors. Mahindra was awarded part of the contract after lowering prices to match Tata’s lowest bid; the company admitted it won’t make any profits off the sales of its eVerito electric sedan to the Indian agency. Tata was able to win the majority of the contract even though it has yet to manufacture any EVs. Mahindra has been in the segment for a few years with its e20 and e20 plus small electric hatchback models, the eVerito electric sedan, the eSupro electric van, and the e-Alfa Mini three-wheeler. The government wants to stop sales of fossil-fuel powered vehicles and is supporting electric vehicle development. The company’s subsidiary, Mahindra Electric, will operate as a separate entity supplying components to the Mahindra & Mahindra company, which will manufacture the EVs. The company currently operates a battery manufacturing plant and hopes to set up another larger facility soon.

Paris saying goodbye to fossil-fuel cars:  The city of Paris wants to speed up the elimination of gasoline- and diesel-powered cars by ending their sales starting in 2030. France had already set a target date of 2040 for banning sales of cars running on fossil fuels. The nation’s capital, which will host the summer Olympics in 2024 and not long ago hosted a worldwide agreement on climate change, had already been moving toward banning diesel cars by the time of the Olympics. City officials said it will probably not be a formal ban, but will be introducing a deadline to phase out internal-combustion engine vehicles. “This is about planning for the long term with a strategy that will reduce greenhouse gases,” said Christophe Najdovski, an official responsible for transport policy at the office of Mayor Anne Hidalgo. “Transport is one of the main greenhouse gas producers…. so we are planning an exit from combustion engine vehicles, or fossil-energy vehicles, by 2030.”

Tesla employees terminated at crucial time:  Tesla has fired hundreds of employees, according to a recent report in the San Jose Mercury News, as pressure mounts to build more of the Model 3 sedans. Workers estimated between 400 and 700 employees have been 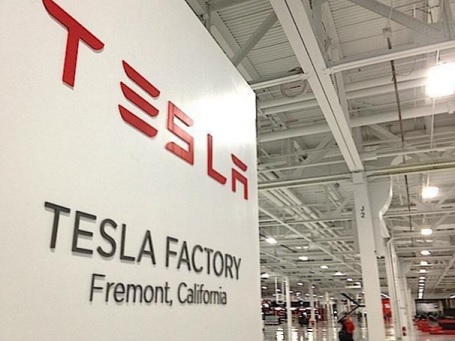 fired, including engineers, managers, and factory workers. Tesla wouldn’t say how many employees were let go, although the company expects employee turnover to be similar to last year’s attrition. They were not layoffs, the company said, but were dismissals based on a company-wide annual review. In interviews with the newspaper, former and current employees said there was little or no warning was given prior to the dismissals. “As with any company, especially one of over 33,000 employees, performance reviews also occasionally result in employee departures,” a Tesla spokesman said. “Tesla is continuing to grow and hire new employees around the world.”