Honda Urban EV:  Honda is showing the Urban EV Concept at the Frankfurt auto show. Built on a new platform, the company says it’s the model for a future battery electric production vehicle. It will be 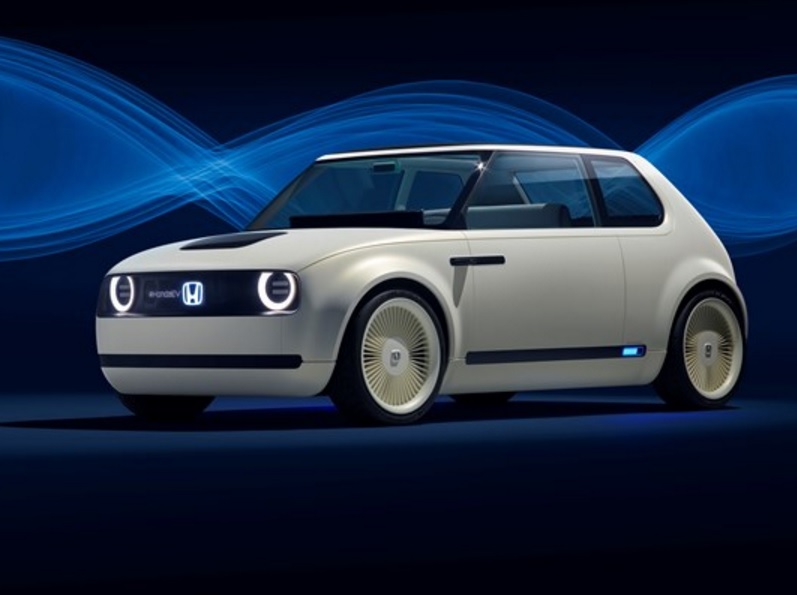 introduced into the European market with no word yet on whether it will show up in the U.S. It will have an on-board advanced Honda Automated Network Assistant acts as a personal concierge, which learns from the driver by detecting emotions behind their judgments for future recommendations. Honda’s Power Manager Concept, also revealed in Frankfurt, can store and manage energy between the grid, the electric car, and homes. The Urban EV Concept will come out in the near future. “This is not some vision of the distant future; a production version of this car will be here in Europe in 2019,” Honda Motor Co. President and CEO, Takahiro Hachigo.

Seven new hydrogen stations:  The California Energy Commission awarded a grant of $16,362,500 on Aug. 9 to Equilon Enterprises LLC, a subsidiary of Shell Oil Company, for the introduction of seven hydrogen refueling stations in Northern California. The hydrogen stations will be built in collaboration with Honda and Toyota, who will also offer financial support. All seven will be Shell-branded retail stations across Northern California: three in San Francisco, and one in each of Berkeley, Sacramento, Citrus Heights, and Walnut Creek. The Energy Commission awarded the grant through its Alternative and Renewable Fuel and Vehicle Technology Program (ARFVTP), which invests up to $100 million every year to support innovations in transportation and fuel technologies that help California meet its energy, clean air, and climate change goals.

race to the FIA Formula E Championship in season five at the end of 2018. The Jaguar I-PACE eTROPHY will be the support series for the Formula E series, taking place on the same weekends at the same city circuits, starting in late 2018. The company says it has created the world’s first production battery electric vehicle race series. It will also support the launch of the Jaguar I-Pace, the company first battery electric vehicle.