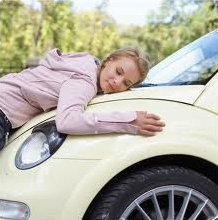 The smartest way to increase sales and market share for electric and other green vehicles is proving that they can deliver three benefits: being cost effective; convenient for the user’s lifestyle; and reducing emissions along with petroleum dependence. Just take a look at websites and ad campaigns on Youtube for the Nissan Leaf, Chevy Volt, Tesla Model S, and other models. Those making the vehicle acquisition decision must be convinced on all three levels – but sometimes it’s not enough to nudge the purchasing decision.

The question always comes up: What’s the best way to make the case that buying a green vehicle instead of a fuel efficient gasoline-engine model is the best way go? As several marketing experts have stated, logical reasons for making the purchase decisions will ride in the backseat. The emotional, personal decision will drive the decision; and that’s the case for personal, business, and fleet vehicle acquisitions. Personal opinions and viewpoints will vary.

Both of these people were passionate in sharing their opinions on sustainability issues, though their assumptions have been different. Diversity in opinions on environmental and sustainability issues is another marketing theme that needs to be addressed. For example, while speaking out against GMOs (and Monsanto) is top priority for a lot of people, for others it’s not a concern – or for them it’s so pervasive in most of the food we buy at grocery stores that you’d have to go to extremes to avoid GMOs, such as growing all your own food or only buying organic foods.

Other Americans will prioritize the Keystone XL pipeline as the leading issue, and for others fracking must be stopped. Consumers most concerned about climate change generally have strong opinions on some or all of these issues. For other consumers in the US, environmentalists are seen as being extreme and too far to the left; they may value conservation, clean air, and job creation, but don’t support an all-encompassing paradigm such as climate change.

Authenticity and social responsibility seems to be valued by most consumers. As covered recently by experts during a GreenBiz webinar, transparent, honest, and accurate reporting is being expected by consumers and in the business-to-business (B2B) environment. As panelists discussed during “Understanding the B2B Green Marketing Landscape,” B2B companies are especially demanding – requesting unprecedented amounts of information about products’ environmental and health attributes. Sustainability is one of the top values influencing opinions by individuals and businesses (according to several studies in the past five years), and it’s been tied firmly to ethics and social responsibility.

The point being made here is that frequently-asked questions about alternative fuel vehicles need to be addressed by salespeople and through educational materials. It’s probably a good idea to take a broad viewpoint on sustainability and environmental issues when marketing these vehicles.

It’s even more important to offer a hands-on, emotional experience to vehicle shoppers. That’s likely to come to them while test driving the vehicles, having conversations with experienced owners of these vehicles, and connecting the vehicles to environmental and economic issues that they’re passionate about. If buying and driving an EV, hybrid, or other alt-fuel vehicle brings feelings of community service, fulfillment, and practical gains, a lot more of these vehicles will be sold.