Commercial Vehicle Show includes electric options:  Volkswagen has added another electric vehicle to its product lineup through its truck division and jointly with Navistar International Corp. During the launch of the first-ever North American Commercial Vehicle 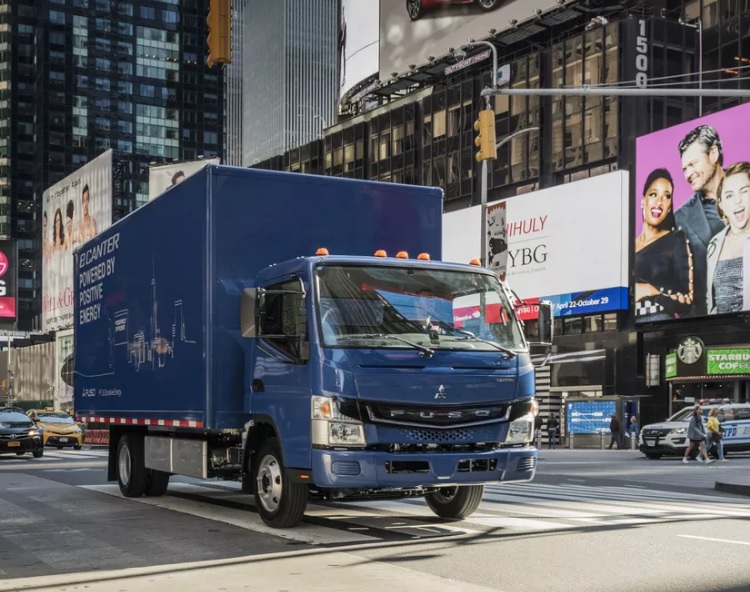 Show in Atlanta on Monday, the two companies announced they’ll be jointly developing an electric medium-duty truck for the North American market. It will roll out as soon as 2019. These two companies forged an alliance earlier this year with VW investing $256 million for a 17% stake in Navistar. During a separate presentation, Daimler Trucks North America discussed its platooning efforts in North America; and how subsidiary Mitsubishi Fuso recently launched the all-electric eCanter Class 4 cabover, which the company will deliver to its first customers, including UPS, by the end of this year. The company also hinted that its Freightliner Cascadia and Western Star trucks will have electric versions in the future. Buyers of commercial vehicles are looking more seriously at electric trucks as federal fuel economy rules enter their next phase, and Tesla, Nikola, and Daimler make moves in this market.

Growth in electrified buses:  Buses powered by natural gas and propane autogas have opened doors globally for deployment of medium and heavy-duty electric drive buses of all types – including hybrids, plug-in hybrids, all-electric, and hydrogen fuel cells. Hybrid buses are expected to do better for now than plug-in buses, except for China, due to lower price premiums and lack of charging infrastructure. A new Navigant Research report analyzes the trends, including how fuel cell buses are expected to see further deployments as technology costs come down. Costs are also coming down in batteries, motors, and power electronics as volume increases for sales of plug-in hybrid and battery electric buses to fleets. Transit agencies have led the way, motivated to do so by new rules on emissions and reducing noise levels. Reducing operating costs is also helping sales increase with transit agencies.

Ram 2500. All three pickups were equipped with four-door crew-cab bodies, turbodiesel engines, and four-wheel drive. While being more efficient than they were years ago, they only achieved 14-15 mpg, which was 1-2 mpg less than their gasoline-powered light-duty counterparts. Contractors and other truck buyers rely on these heavy pickups to buy hundreds of thousands of them per year. The consumer publication wants buyers to be adequately informed.