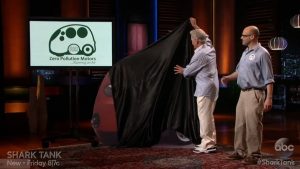 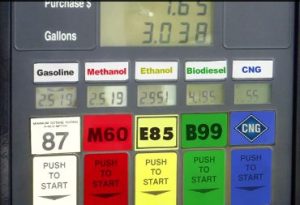 Lane makes this statement in “Pump,” a documentary opening in theaters next month. This documentary tells the story of America’s addiction to oil, from its corporate conspiracy beginnings to its current monopoly today, and explains clearly and simply how it can end and make available choices at the pump. Fuel can become cheaper, cleaner, and American made – and in the process, create more jobs for a stronger, healthier economy.

The documentary is directed by Josh Tickell and Rebecca Harrell Tickell, and narrated by Jason Bateman; it opens in New York and Los Angeles on Sept. 19, 2014. Josh Tickell directed the Sundance award-winner, “Fuel,” and his spouse Rebecca Harrell Tickell co-directed two other documentaries with Josh, “Freedom” and “The Big Fix.” Years ago, Josh was known for his Veggie Van Voyage, where he drove 25,000 miles over two years in his vegetable oil biodiesel van to educate Americans on the benefits of the alternative fuel.

Like their other documentaries, “Pump” is featuring a few famous experts on the subject – one of them being Tesla Motors CEO Elon Musk. “It’s possible to create compelling, affordable electric cars,” Musk says in the movie. “There’s been a monopoly on the fuel system in this country,” says John Hofmeister, former president of Shell Oil Co. and author of Why We Hate the Oil Companies: Straight Talk from an Energy Insider. Hofmeister is founder of a nonprofit organization, Citizens for Affordable Energy.

“We have the ability to stop using oil right now,” David Blume, author of Alcohol Can Be a Gas. “All cars run equally well on methanol, ethanol, or gasoline.” As seen in the photo image from the documentary, a gas station of the future may offer gasoline, methanol, ethanol, biodiesel, and natural gas. Propel, a company specializing in ethanol and biodiesel at fuel stations, is featured in “Pump.”

AltCar Expo will present a panel discussion on the documentary on Saturday, Sept. 20, 2014 at 3:00 pm, at the Santa Monica Civic Auditorium.  Participating panelists include David Blume, founder and CEO of Blume Distillation and author of Alcohol Can Be a Gas; John Brackett, auto engineer and enthusiast; and Eyal Aronoff, co-founder, Freedom Foundation.