Lyft part of self-driving Zoe test project:  Ride-hailing company Lyft will be testing out self-driving Renault Zoe electric cars in Boston with autonomous vehicle tech company NuTonomy. The two companies are waiting for approval from Boston city officials, but they do expect the pilot

demonstration to begin in the next few months. The study will examine the passenger experience during self-driving rides as the electric cars travel through certain neighborhoods in Boston. Lyft has been forging other alliances in the autonomous vehicle front – including an upcoming project with shareholder General Motors and another one with Waymo. Ride-hailing giant Uber had taken the lead on that front starting last year with a Pittsburgh pilot project that included passengers getting rides; but Uber has distanced itself from Pittsburgh and is focusing on test rides in Arizona.

Automakers back Paris accord:  Automakers look like they’ll be ignoring President Donald Trump’s decision to pull out of the Paris climate change agreement. Both General Motors and Ford issued statements in opposition to Trump’s decision. Both companies acknowledged that climate change is real, and that the U.S. decision will not affect their clean car strategies and manufacturing improvements. Tesla CEO Elon Musk had been clear he’d be leaving Trump’s economic advisory panel if he pulled the U.S. out of the Paris accord. Even oil giants Exxon and Shell have been backing the Paris agreement and would like to see Trump change course. It would seem that other automakers’ strategic plans on climate change and clean air would be in line with GM and Ford, including Toyota, Honda, BMW, Volkswagen, Daimler, Nissan, Renault, Volvo Trucks, BYD, and others. 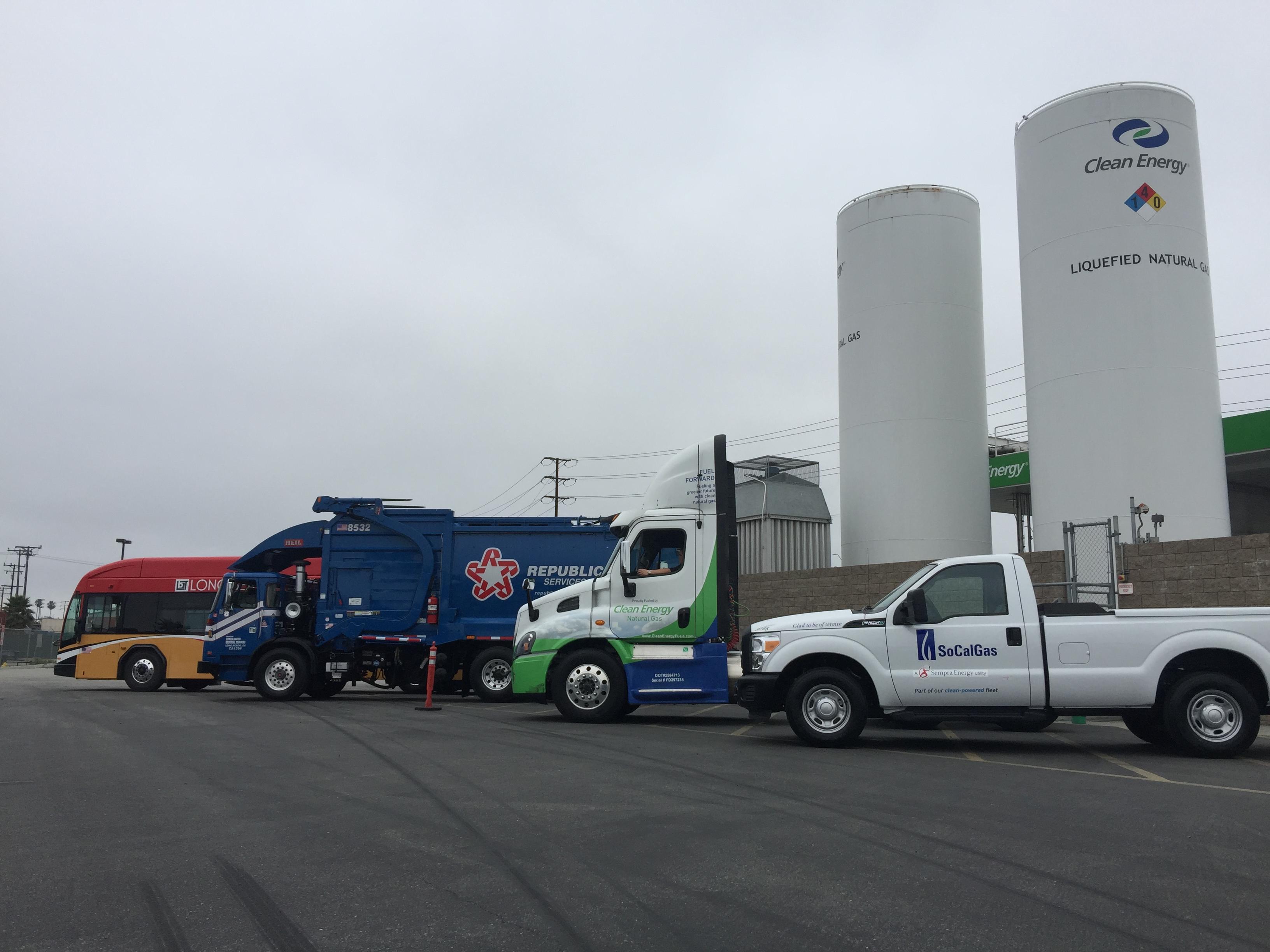 from California to Washington, D.C. The trip was kicked off by representatives from the California Natural Gas Vehicle Coalition (CNGVC), which is calling for the adoption of low nitrous oxide emissions heavy-duty truck technology powered by renewable natural gas in the Clean Air Action Plan of the San Pedro Bay Ports. That, called ACT Now, was announced last month in Long Beach during ACT Expo 2017. The 4,825-mile road trip is being sponsored by NGVAmerica. “NGVAmerica and its membership, including companies like Clean Energy and SoCalGas, believe that natural gas-fueled vehicles are the best and most immediate solution for eliminating the negative impacts of diesel and combatting climate change,” said Chad Lindholm, vice president of sales for Clean Energy and representative of NGVAmerica.