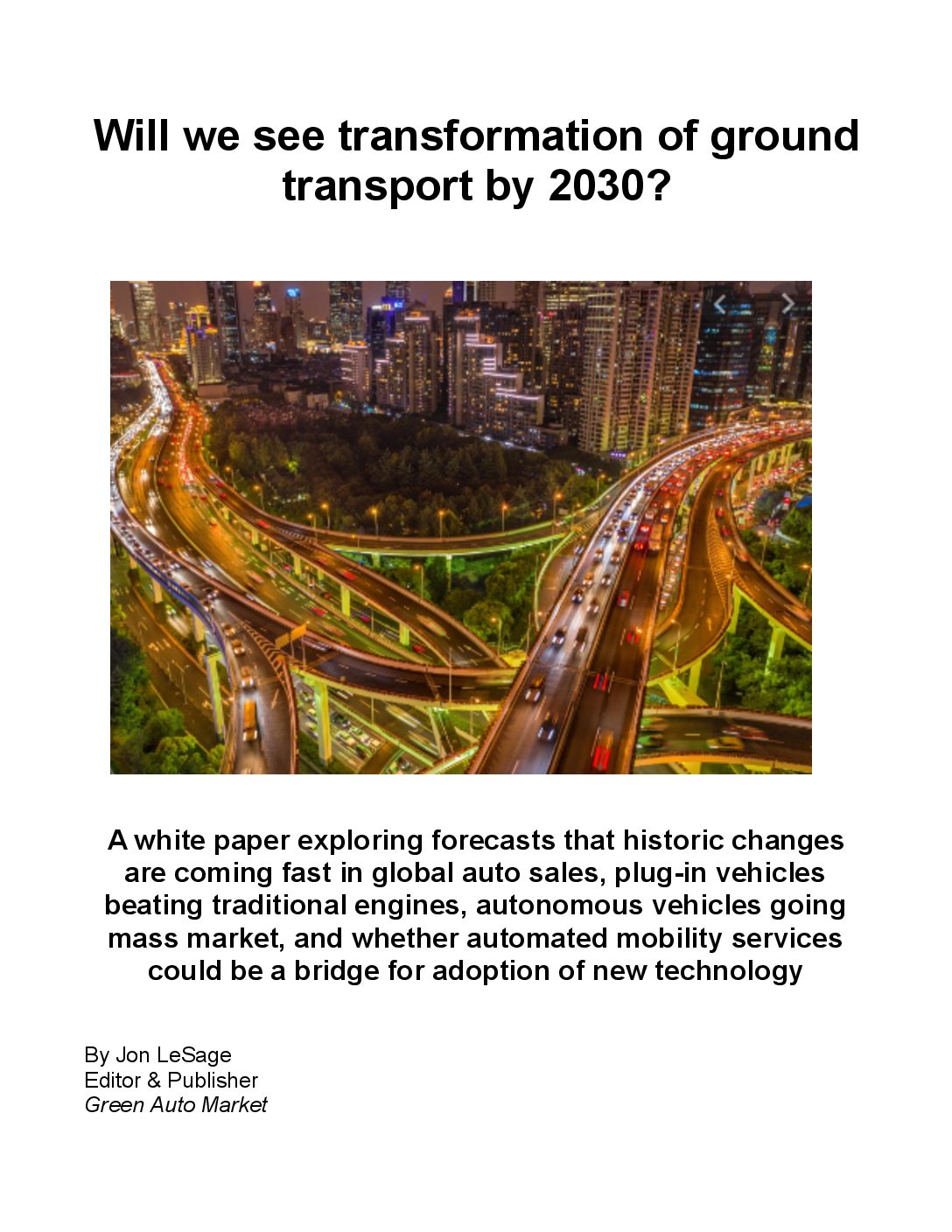 Will we be riding to work in electric, autonomous, shared vehicles by 2030? Will the traditional internal-combustion engine auto manufacturing industry be clearly transformed into a new age?

Expectations have been put in place that this decade will be as historically significant as the birth of mass production automobiles — when Henry Ford’s company put the first Model T in production in 1908 and watched it reach the 15 millionth unit 19 years later.

But will the 2020s be likely to see these historic shifts fall into place, with the year 2030 typically used in forecasts and emissions reduction goals as the benchmark for adoption?
What would it look like? That benchmark could include:

………..connected car features playing a significant role over the next decade;

…………and mobility services leading the way in traffic- and smog-congested cities.

Good questions to answer, and topics to explore. This white paper explores the studies and market data, and analyzes where these transformational technologies are likely heading in the next few decades.