Phase 2 of national standards for fuel efficiency and greenhouse gas emissions from medium- and heavy-duty trucks will be central themes at upcoming industry conferences NAFA 2015 Institute and Expo and ACT Expo. The US Environmental Protection Agency (EPA) and National Highway Traffic Safety Administration (NHTSA), in collaboration with the California Air Resources Board (CARB), are in the planning stages of extending its standards beyond model year 2018. The objectives are to further reduce fuel consumption through the application of advanced cost-effective technologies and continue efforts to improve the efficiency of moving goods across the US. EPA has announced that proposed Phase 2 regulations that were originally planned for publication last month will delayed until June. The new rules are expected to not take effect until 2020.

At NAFA Fleet Management Association’s 2015 Institute and Expo in Orlando, Fla., James Tamm, a top NHTSA official who has been heavily involved in the drafting of proposed regulations rulemaking regarding Phase 2 fuel efficiency and greenhouse-gas emissions, will speak to these issues at a session on Thursday morning, April 16. Tamm’s NHTSA division is also responsible for reviewing and approving manufacturer petitions for alternative CAFE standards. Tamm will make this presentation with Patrick O’Connor, president of the firm Kent & O’Connor, NAFA’s legislative counsel in Washington, DC. Tamm will provide attendees with an overview of the objectives for the Phase 2 standards and urge fleet managers to participate in the rulemaking process.

The four-day ACT Expo event will also feature a dedicated “Trucking Efficiency Showcase” in the expo hall to display heavy-duty efficiency technologies. Speaker workshops include a trucking efficiency track to explore these technologies and discuss the benefits and challenges of their adoption. Speakers will be discussing the role of alternative fuels in work trucks and heavy-duty trucking, aerodynamic improvement systems, idle-reduction strategies, 6×2 axles, tire pressure monitoring systems, and driver training programs among other measures – that will enable fleets to improve productivity, save fuel, and meet emissions standards.

Phase 2 was a topic of discussion at the CALSTART annual meeting and Blue Sky Award ceremony in Los Angeles in December. Keynote speaker Christopher Grundler, director, office of transportation and air quality at the EPA, sees this as a top issue for the clean transportation community to follow.

Advanced vehicle technologies will play a key role in meeting federal standards, as will adoption of next-generation alternative fuels and electrified trucks. Clean diesel and new diesel powertrains were key elements behind the Clean Truck Programs adopted by major ports, but there is concern about what it will take to further reduce emissions – and that it may take a while. Volvo Trucks has been working with Oberon Fuels to roll out trucks powered by the very clean dimethyl ether (DME). However, that will take longer than expected. Last fall, Volvo Trucks announced that it would no longer project a date for commercial availability, citing a slowdown in the pace of the North American alternative fuel market. The truck maker will continue field testing DME-powered vehicle, but it will be closely monitoring “market and stakeholder interest in the fuel.” 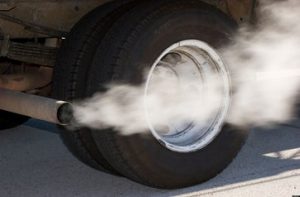 California’s cap-and-trade program, which began quarterly auction sales in late 2012, hit a benchmark last month. Companies invested $1.02 billion in carbon emissions credits, the largest auction event since it all started. Analysts think that had to do with the state significantly increasing the pool of credits available for sale to meet the 2015 addition of motor vehicle tailpipe emissions into the cap-and-trade program.

The cap-and-trade auctions have become a central aspect of the state’s AB 32 climate change law enacted in 2006. Under the state’s regulatory structure, large polluters buy carbon credits that come from businesses generating surplus allowances. Collected funds from the auctions go toward other emission-reducing endeavors, including sustainable energy projects and rebates for electric vehicles and solar panels. While China and the US are working on an agreement to mutually reduce their greenhouse gas emissions, their governments and those of states across the country and other nations around the world, are tracking how well California’s program may reduce carbon emissions.

In its earliest phase, the state’s cap-and-trade system affected other industries beyond oil companies. The state doesn’t disclose which companies made allowance transactions during the quarterly auctions, but its list of qualified bidders includes Chevron USA, BP Energy Co., and Exxon Mobil Corp. Oil companies, refineries, and retail gas station owners, have warned that adding transportation fuel to the state program will be increasing the price at least 10 cents a gallon. Low gas prices have taken some of the weight out of that argument, but California officials have taken the warning seriously. The California Air Resources Board, which oversees the auctions, dramatically increased the volume of available credits. Credit prices did stay steady with that volume increase – participants paid $12.21 per credit for the right to emit carbon this year, which was similar to prices paid at previous auctions.

Environmentalists, such as a representative from the Environmental Defense Fund, think the market is functioning properly. Oil companies are not as pleased with the regulatory structure that comes from AB 32. In addition the cap and trade, the state has enacted the Low Carbon Fuel Standard (LCFS) that calls for a reduction of at least 10% in the carbon intensity of California’s transportation fuels by 2020. Last month, the California Air Resources Board held a hearing on whether the regulation is working out. A decision is expected to be released this spring or summer. Environmentalists and alternative fuel producers argued that the state should stay its course; oil industry representatives disagreed.

Nick Economides, manager of state fuels regulation at Chevron Corp., said the state’s mandate relies heavily on the development of alternative fuels, many of which haven’t yet panned out. He joined up with other oil industry executives who argued that the LCFS needs to be adjusted. “We have invested heavily (in alternative fuels) and regretfully, we have not been successful,” Economides said.

Others make the argument that oil companies are not taking alternative fuels seriously at all – investments in biofuels, hydrogen, and other alternative energies are being done to “look good” with regulators and the general public, but are only being addressed at superficial levels. Similar arguments are made by electric vehicle advocates who talk about investments made in the past 30 years by major automakers for electric drive and other clean technologies – only to see these projects gathering mothballs. 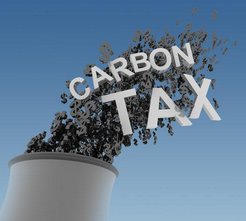