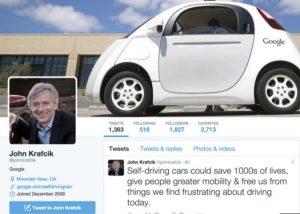 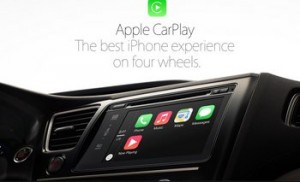 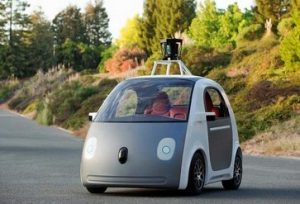 Driverless cars – also known as self-driving cars and autonomous vehicles – have recently become a heated topic in the US. In the wake of Google’s launch of a test project featuring its own self-driving pods, debate has gone viral on the internet. There’s fear of privacy being violated, hackers taking over control of the car, and loss of personal freedom behind the wheel. On the other side, there’s been much enthusiasm for the technology solving huge problems coming from car crashes and worsening traffic congestion and gridlock. A new white paper on the subject, “Hands off the Steering Wheel –The state of autonomous vehicle government policies, testing projects – and when these vehicles will likely make it to roads,” explores these polarizing issues and what to expect in coming years.

The white paper was written by Jon LeSage, editor and publisher of Green Auto Market, and media consultant at LeSage Consulting. Since Google’s announcement in May of this year, there’s been a wave of debate and analysis over this ground-breaking technology and when it’s likely to show up in large numbers on our roads. Beyond Google, Nissan and other car and truck makers are making bold statements about it, and studies have been released this summer sharing perspectives from consumers and transportation and technology experts. Highlights of this white paper include details on states that have adopted autonomous vehicle testing programs and policies, along with where it stands in the US government and other nations; and the role Google has played in self-driving cars being tested in states, and the company potentially entering the automotive business with its own car. General Motors has played a key role in the history of autonomous vehicles dating back to its 1956 short movie, “Key to the Future.” Technology suppliers like Cisco and Continental are also playing an important role in developing these autonomous vehicle systems.

The topic of self-driving, autonomous vehicles has lately been stirring more passionate comments on social media, blogs, and editorial think pieces than anything else seen for years in the automotive and transportation space. The white paper will be released on Thursday of this week, and an announcement will go out to Green Auto Market readers. 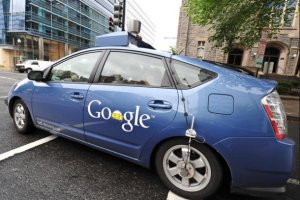 Driverless, autonomous vehicles have been gaining a lot of attention recently – whether that be through Google claiming it will build its own prototype autonomous vehicles before existing automakers reach that milestone; or Daimler AG announcing it will roll out a commercial truck by 2025 that will be able to steer, brake and accelerate without a human driver behind the wheel. Then there’s Cruise Automation, a startup company that says it will roll out a $10,000 aftermarket driverless device that so far is only suited to operate on Audi A4 or S4 vehicles.

So what gives? Can we expect to see lots of driverless, autonomous vehicles on our roads within the next 10 years?

It was fascinating to see Google initially test its driverless car technology on a converted Toyota Prius hybrid. Nissan rolled out its driverless test model in a Leaf electric car. AutoTrader.com analyst Michelle Krebs thinks that driverless cars long-term will be like hybrids and electric vehicles (EVs) – they won’t take over completely but will play a role in how automakers and government officials are looking at the future of transportation. “There are certain places this approach makes sense, such as heavy commuting cities where autonomous cars could run essentially like train cars without a track — mass transit. That makes brilliant sense. Or these cars could be programmed to handle most responsibilities on long, boring drives, including commutes. In those ways, they will extend the mobility of aging baby boomers, which is where the biggest market is, if you believe that Millennials really don’t want to drive,” Krebs told Forbes.

For those autonomous vehicles that do sell in the future, Krebs thinks they won’t be driverless only. They’ll be “cars you have the choice to drive or not drive. There are so many legal and insurance and regulatory issues, and none of them are being resolved.”

There are some big questions that need to be answered in the next decade for autonomous, driverless vehicles to take off:

I estimate that driverless, autonomous passenger and commercial vehicles will make up a large share of sales in the next 25 years – up to 25% of new vehicles sold in the US. Here are a few market forces that could shape that trend: