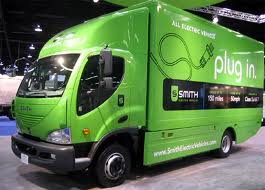 It looks like Smith Electric Vehicles will still be there – and it wasn’t looking too good not so long ago. Smith Electric, which produces all electric medium-duty commercial vehicles, has secured a $42 million investment from Sinopoly Battery Limited, a global supplier of lithium-ion batteries and related EV products. Sinopoly will be the exclusive supplier of batteries for Smith Electric vehicles (and vehicle applications compatible with Smith Electric platforms). The supplier will also provide EV components that will be manufactured at its Hangzhou, China, facility. Smith Electric will resume production in its Kansas City, Mo., facility in mid-summer 2014. The company recently suspended production to transition its supply chain to Tier 1 suppliers; that will enable Smith Electric to produce its vehicles at a lower cost, the company said.