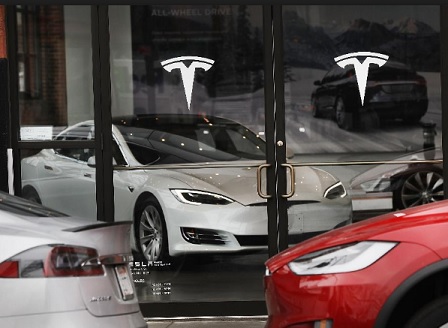 and a $21 million profit in Q3 2016. That’s coming from the huge investment needed for ramping up production of the Model 3 at its Fremont, Calif., assembly plant and its Nevada-based Gigafactory. The company also reported a record $3 billion in quarterly revenue and delivery of about 26,000 vehicles. Speeding up Model 3 production has hit a bottleneck, much of it at the battery factory in Nevada. The goal of building 5,000 of the more affordable electric cars at 5,000 units per week has been moved from the end of 2017 to early 2018. “While we continue to make significant progress each week in fixing Model 3 bottlenecks, the nature of manufacturing challenges during a ramp such as this makes it difficult to predict exactly how long it will take for all bottlenecks to be cleared or when new ones will appear,” Tesla said.

Trucking industry happy with court ruling:  A federal court of appeals in District of Columbia has ruled in favor of trucking companies on changes made last year to setting emissions standards on their trailers. The court ruled that the trucking industry has met its federal fuel efficiency and emissions obligations and that rule will stay in place. Last year, under President Obama, the Environmental Protection Agency had ruled that the long-haul trailers were affecting the federal standards and tougher rules would be in place by the end of this year. The Truck Trailer Manufacturers Association had filed a petition asking the court to stop the trailer portion of the rule, saying that they don’t produce emissions at all; Obama’s EPA had said that trailers put a drag on truck engines and effect performance. The overall standards will remain in effect, although the court will hear arguments as to its legality next year. 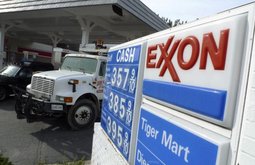 government and the Louisiana Department of Environmental Quality. The company will install and operate air pollution and monitoring technology for pollution reductions coming from eight of its petrochemical manufacturing facilities in Texas and Louisiana. The Dept. of Justice and Environmental Protection Agency had been enforcing violations of the Clean Air Act, coming from the oil company failing to accurately monitor industrial flares at the facilities, causing excess emissions. Some environmentalists say the settlement is not nearly enough to address violations by the oil company going back a decade. EPA administrator Scott Pruitt said its shows the EPA’s commitment to enforcing the law and working with states to address compliance with environmental regulations. It may not address other claims, such as those filed in June by New York’s attorney general accusing former ExxonMobil chief and current Secretary of State Rex Tillerson of misleading investors on the costs of climate change while Tillerson led the oil giant.