Volkswagens’ Porsche division tap into consumer interest in electric luxury, performance cars and compliance with increasing government mandates. Infiniti aims to become the premier electrified brand in a five-year plan that will extend through 2022, said Nissan CEO Hiroto Saikawa. These new Infiniti models will either be all-electric or will use its “e-power” hybrid system. Infiniti said it will introduce its first all-electric vehicle in 2021. The luxury brand expects that more than half of its global vehicle sales will be electric vehicles by 2025. Half of all Porsche models will have some form of electrification by 2023, said North American CEO Klaus Zellmer last week while speaking at the annual Automotive News World Congress in Detroit. The product lineup will include model offerings that may include hybrid, plug-in hybrid, or battery electric drivetrains. It will include the Mission E all-electric performance car, which is slated to come out next year. While the sales success of the Tesla Model S and Model X have had their influence, Volvo is playing a role in the luxury/near-luxury market. In July 2017, the company announced that it will be electrifying all of its new vehicle offerings starting in 2019. Five all-electric models will come out between 2019 and 2021, three under the Volvo brand, and two under Polestar. Volvo Cars will also be tapping into an innovative subscription service to bolster sales support for its new Polestar performance electric brand.

Hedge fund for EV technology:  A UK-based investor is setting up a hedge fund backing companies offering products and services in electrified transportation. Will Smith, a former partner at CQS U.K., is starting the Westbeck Electric Metals Fund that’s expiated to start trading next month and raise about $250 million, according to Bloomberg News. Major automakers are looking into alternative funding sources to secure needed resources such as metals needed to produce electric car batteries. The fund is looking at investing in more than 200 companies, and has tapped into a former CEO of a lithium company as an adviser. 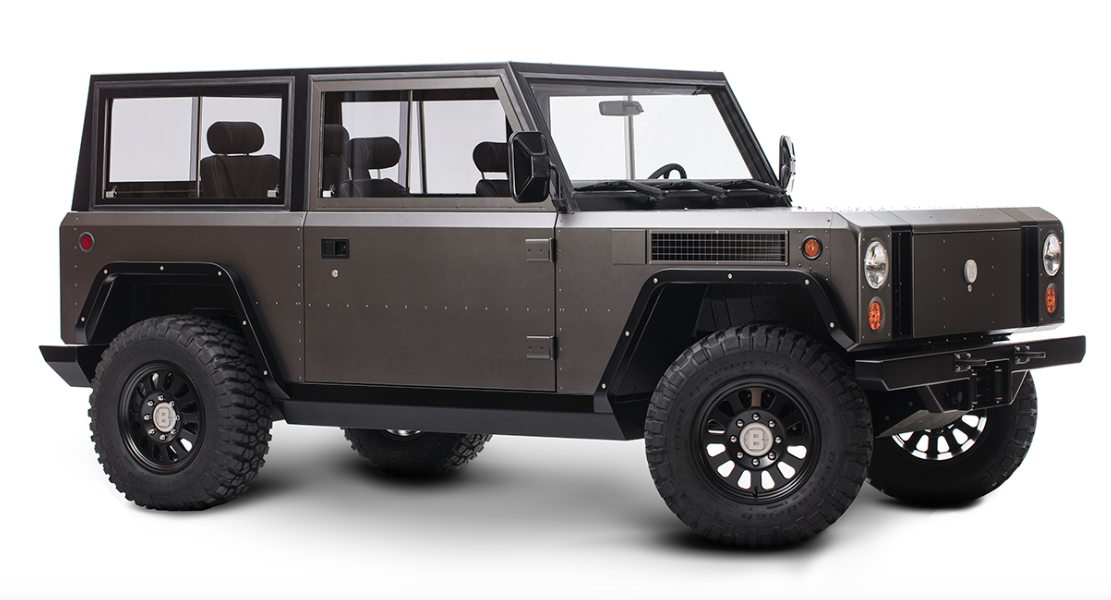 from upstate New York to Detroit. Company founder Robert Bollinger visited sites in Detroit during last week’s auto show. Originally looking at property along the I-75 corridor, he decided moving inside the city would be a better move. One advantage would be locating closer to where “the talent” lives, as well as suppliers. Bollinger Motors, which unveiled its battery electric sport-utility/truck last year, will need a facility somewhere between 15,000 to 20,000 square feet to set up the assembly plant. One other EV makers has already chosen Detroit for its headquarters. The Detroit Electric Co., named after one of the original electric car manufacturers that closed its shutters during the Great Depression, has committed to set up a factory capable of producing about 2,500 vehicles each year.

Game changing role in auto market:  Electrified vehicles are in a good position to play a more important role for automakers and dealers as the U.S. new vehicle market continues to slip. Yesterday, the Federal Reserve reported that U.S. factory output slipped by 0.4% last month, a big drop from

the 1.1% increase in April. The dip in manufacturing ties into increasing production cuts in the auto industry. Analysts warn that more job cuts are in the works if car sales don’t continue declining. General Motors has announced it will extend its usual two-week shutdown this summer to five weeks at some plants in the Midwest. During May auto sales, the auto industry saw a streak of declining sales for five straight months. HybridCars.com reported that as of the end of May, all three electrified vehicle segments were up substantially over the previous year. Year-to-date sales for hybrids were up 10.5%, plug-in hybrids were up 48%, and battery electric vehicles increased by a third over the first five months of 2016. That presents big opportunities for the auto industry to increase electrified vehicle sales and see more profits, and to up the small share that electrified vehicles make of total U.S. new vehicle sales.

Lyft goes renewable:  Ride-hailing firm Lyft has set a big target over the next eight years – to provide one billion rides per year using electric, autonomous vehicles. Lyft want to see all of the electric rides to eventually be powered by renewable energy. The company will be purchasing renewable energy certificates to offset emissions from the fueling of its electric autonomous vehicles with gasoline. It will take several years for its fleet to be electrified and for renewable energy to make up a large part of energy in the U.S. But as battery-powered technology matures, Lyft expects “the vast majority of the vehicles on our platform will be electric,” the company said.

VW settlement:  California Governor Jerry Brown will likely sign a bill that directs Volkswagen to spend a portion of its Electrify America in disadvantaged communities in the state. It’s part of a larger

budget package that Brown had already agreed to sign. Critics of VW’s recent plan said that the first $200 million, of the $800 million to be spent in California from the settlement, could give the German automaker a competitive advantage over other automakers and charging station makers; and it would ignore low-income communities in a state that has become committed to improving air quality in disadvantaged communities that are hardest hit by polluting vehicles such as heavy-duty trucks coming from ports.