Tesla CEO gaining support for fast train tunnels:  Elon Musk’s The Boring Company received approval from the White House to build a series of tunnels that could run from New York City to

Washington, D.C. “Just received verbal govt approval for The Boring Company to build an underground NY-Phil-Balt-DC Hyperloop. NY-DC in 29 mins,” he tweeted yesterday. He later tweeted out that formal approval with the Trump administration is still needed, but after discussions they’ve had, he’s confident the project will be able to move forward. That could bring fast Hyperloop-like trains to Los Angeles and important transport routes on the east coast.

Freight haulers ask feds to keep SmartWay:  Major freight shippers, including Walmart, are asking U.S. House and Senate appropriations committees to restore funding for the voluntary SmartWay clean trucking program. Like several clean transportation programs, it had been cut from the Trump administration’s 2018 federal budget proposal. SmarWay has been working with freight haulers to save an estimated eight billion gallons of fuel and significantly reduce diesel trucks’ emissions of NOx and carcinogenic fine particulate matter. The coalition of companies said in a July 14 letter that the program has saved companies about $27.8 billion in fuel costs since it started in 2004.

Chrysler Pacifica plugging into California:  Chrysler is marketing its Pacifica minivan as a hybrid – and not what it really is, a plug-in hybrid – in every state except California. The Fiat Chrysler 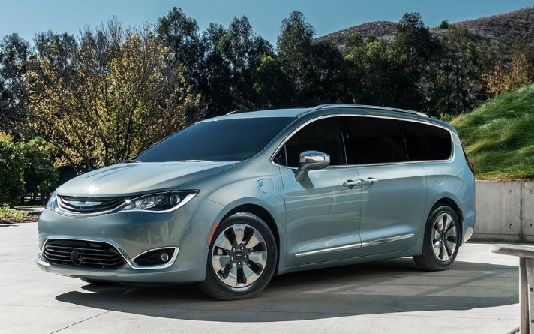 Automobiles division is concerned that most U.S. consumers will be confused or concerned about having to charge for the first time and be subject to range anxiety. Plugging in is less of a worry in California, which has made up about half of U.S. plug-in vehicle sales. Still, it is possible to occasionally see Chrysler billboard ads in the state that only identify the Pacifica as a hybrid.