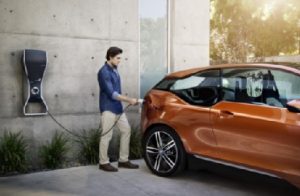 Twenty-eight companies have submitted a letter to the US Department of Justice, calling on the agency to appoint an independent administrator to oversee Volkswagen’s diesel emissions settlement. VW will be contributing a $2 billion investment to the future of the U.S. electric vehicle charging infrastructure, according to Reuters.

The U.S. charging infrastructure has a lot more growth ahead to make attainable mass adoption of plug-ins. EVSE (Electric Vehicle Supply Equipment) providers want to see a level playing field to support market conditions for stability and growth to happen. A few of these companies are standing out in the relatively new business of EV charging.

Electric Vehicle Charging Association members and other EVSE providers have sent a letter to the US Justice Department asking for fair competition in the marketplace. Volkswagen has agreed to spend $1.2 billion nationally and $800 million in California on the electric vehicle charging infrastructure as part of its “dieselgate” settlement.

“The program should be structured to benefit drivers in California and across the nation, not enable the settling defendants to enter or influence the markets for (zero emission vehicle) charging and fueling equipment and services,” the letter to DOJ stated.

California has seen its share of debate over how deployment of chargers should be regulated. Some of it goes back to 2012 when Governor Jerry Brown’s staff settled with electric utility NRG in a deal that went back to the state’s electricity deregulation scandal more than 10 years earlier. In another battle, the Electric Vehicle Charging Association and others filed in late July a request with the California Public Utilities Commission for settling with Pacific Gas & Electric. The utility has been asking for approval of its own charging network in Northern California, while charging companies have argued that it would create an anti-competitive marketplace.

Major charging network companies have been active in state and federal lobbying efforts to have the industry treated on equitable market standards – where the power of utilities, government agencies, and automakers doesn’t supersede the role EVSE providers are playing in the new industry. This article is only looking at the role being played by a handful of large charging network companies. EVSE and smart application providers like CrippleCreek, EV Connect, OpConnect, and PlugShare also play a vital role in the growth of the charging infrastructure. Greenlots should also be acknowledged for expanding charging options for EV owners through its open standards-based technology solutions.

This week’s Green Auto Market Extended Edition profiles six leading charging network companies, including one that’s partnered with Tesla Motors on the Supercharger network. Click here to sign up, and to read more about data featured in the weekly newsletter including hybrid and plug-in sales figures and infrastructure development. Subscribers will be sent this week’s edition in a PDF file.